The NFL Combine is coming up in a few weeks and the college football signing day is Wednesday. There are experts rating the prospects in hopes of finding the next superstars for their pro and college teams. The high school players are ranked in an elaborate ranking process to determine if the prospect gains the coveted 4 or 5 stars. Amazingly the QB with the highest completion percentage in the history of HS football is not getting looked at from Division 1 programs. More on that later. 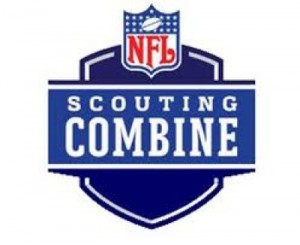 At the NFL Combine they put the players through a series of short term tests: 40/20/10 yard dash, vertical jump, broad jump, 3 cone drill, bench press. Many business’s use short term tests to evaluate their employees too.
Of course the conventional wisdom is if they excel at the combines they will have a stellar NFL career. A recent study by economists (University of Louisville) has a surprising conclusion – the combine is a waste of time! They say there is not consistent statistical relationship between how well a player does at the combine and how productive their NFL career is. Similar findings for the careers of  top 4 and 5 star college not reaching NFL glory. Why…can you guess? What do those short term tests NOT measure? Right!

Guts, character, grit, heart, determination in the face of adversity and frustration.

I live in Knoxville and if you were to name top 3 running backs in the NFL the last three seasons, former Tennessee Vol Arian Foster of the Houston Texans is in that group, yet in 2009, 7 rounds and 234 players were chosen and he was not one of them. He recently signed a 5 year deal worth of $43 million. What did the say about Arian after the combine?

“Jack-of-all-trades, master-of-none type. Lacks the explosiveness to consistently make defenders miss in tight quarters and is not the power runner his size would indicate. Inconsistent.” He has been the most productive running back from that years draft,  well ahead “more talented” running backs at the combine. What they did not say was what an amazing person he was.

Colin Kaepernick’s combine results merited this evaluation on NFL.com , “Kaepernick has enough physical tools to be viewed as a developmental backup quarterback prospect. As we all saw this season he is a tad better than that! Again he is performing well ahead of other highly regarded, “more talented” combine performers.

How many people do you know who did terrific on the SAT or have even have a PhD that have not achieved success?

How many hot-shot performers have you seen come and go in your career, especially in the sales arena? Talent can be an blessing and the key is what you do with it? How do you practice and perform when no one is watching? Once the test is over, what do you do?

There is a local kid named Charley High from Christian Academy of Knoxville. He is a QB and the Division 1 schools are not giving him a look. Here is what he has done in high school. He completed 74.4 percent of his 1,040 attempts for 10,978 yards and 131 touchdowns. He was intercepted 22 times. His career completion percentage was recognized as an official national record for high school football by the National Federation of State High School Associations (NFHS), as was his single-season mark (minimum: 275 attempts) from 2012 of 76.2 percent (378 of 496). Oh, and he lead his team to back to back state championships.

Why are they not giving him a look? Because they say he is too small. Didn’t play tough enough competition…..blah blah blah. What they underestimate is how hard this kids works, his dream to play at Tennessee, the quality of his parents, his understanding of how to play the position and his character. Charley is going to walk-on at UT and complete against the “more talented prospects”. It will be fun to watch how he does. I predict he will make it at Tennessee and become the starter as a sophomore. Be careful who you weed out because they did not perform well in your short term test.